The NIFG hold as many records of fungi, both our own and those already published, that we can lay our hands on. It is a fairly comprehensive dataset for what recording has been done.

We are part of the CEDaR network (Centre for Environmental Data and Recording at the Ulster Museum), so all our records can be put in context with other groups of organisms. We also supply our data to the British Mycological Society database.

This map shows the number of species recorded per 10km square in Northern Ireland up to August 2008 and the very pleasing aspect is the widespread coverage of records!

The 50 most widespread species recorded so far in Northern Ireland

The most commonly recorded associated species

The Fruiting times of Ectomycorrhizal Fungi in Northern Ireland

These are some statistics from the database. If you have any other queries, I will try and answer them. Contact me at david.mitchel@nifg.org.uk

These species are ranked by the number of 10km squares they have been recorded in. This is a better indication than the number of records as various recording methodologies have meant that different species are recorded in different ways. This list will also however say a lot about the recording interests of our group as well as which species are particularly abundant! There are 186 10km squares in Northern Ireland. The results certainly reflect the amount of work done on grassland fungi !! 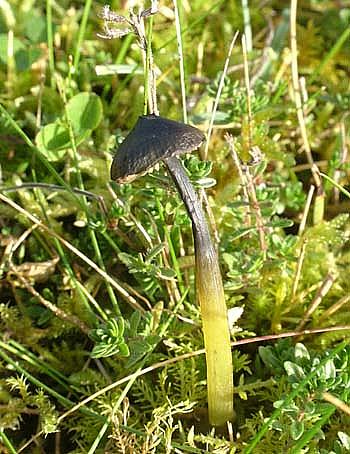 The most commonly recorded associated species

A word of caution with this list. Identifying which species a piece of dead wood is is not easy. Recording the species of tree an ectomycorrhizal fungi is associated with is also very difficult. The actual tree may be 100m away. This list however gives an indication of the most commonly associated species. The dominance of beech is notable given that it is not a native Irish species.

The Fruiting times of Ectomycorrhizal Fungi in Northern Ireland 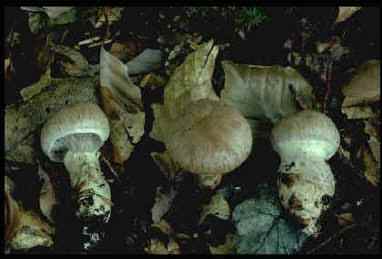