This page tries to give a few hints on how to record fungi. Not all issues are covered by any stroke of the imagination!! Click on any topic below that interests you.

HOW TO TAKE A SPORE PRINT 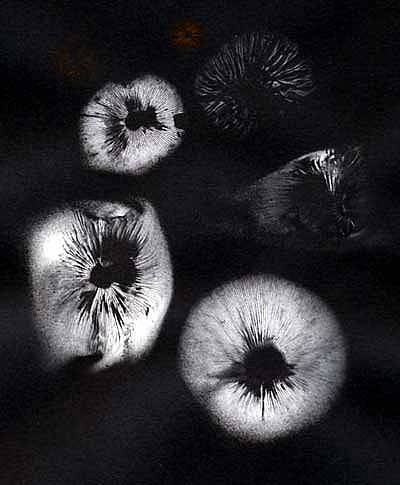 Taking a spore print is one of the first things you should do when trying to identify a fungus. It is important to work out the spore colour, but also when you want to measure spores as using spores that have “dropped” means that they are mature and hence the correct size. It is too easy to measure immature (hence smaller) spores if you just take a squash of the gill. It is very easy to take the print. Put the cap on paper or a microscope slide and leave for a few hours. You can protect it by putting a cup over it. Sometimes, if a fungus is dry, leave it to take the print in the fridge and this can encourage it to drop spores. I use a shoe box with knitting needles inserted the length of the box. The knitting needles are so spaced so that a microscope slide fits over them. The fungus can then be put onto the slide and you don’t have to cut the stipe off as it hangs down into the box.

HOW TO TAKE A GRID REFERENCE

A grid reference comes in the form of a letter followed by in this case, six numbers. The whole of Ireland is divided into 100 kilometre squares which all have a letter identifying them. There are five different 100 km squares in Northern Ireland. “J” basically covers County Down, part of Armagh and southern Antrim. “D” covers northern Antrim, “C” covers Londonderry, “H” covers Tyrone, most of Fermanagh and western Armagh. “G” covers the very western part of Fermanagh. You can find very easily which square you are in by looking in the legend of the 1:50000 map as it shows near the bottom right corner which grid letters are found in the area that that map covers.

So if you have found on the map where the fungus was that you had found, once you have worked out which lettered square you are in, you then have to find out the six figure reference. Note that there is a regular numbered grid covering the map and that each line is marked at the edge of the map by two numbers (these two numbers are repeated on the map at intervals making it easier for the map reader). These are the eastings (at the top and bottom of the map) and the northings (up and down the two sides of the map) to 1km accuracy so this immediately gives you most of the numbers. Looking at the point where you have found the fungus, first follow the line to the left of the point to the top or bottom of the map to find its number. This gives you the first two numbers of the eastings. Then follow the line below the point to the side of the map and this gives you the first two numbers of the northings. It has to be done in this order as eastings always come before northings and the numbers always go from left to right and bottom to top.

Finally, to work out the grid reference to 100m accuracy or the third number in the three digit eastings and northings sets, you then have to estimate how many tenths the point is from the left hand line and the bottom line. Using a ruler often helps in the beginning, but you soon develop an eye for it.

It really is not hard to do, but the thing just to remember is get the numbers in the right order. Putting the northings before the eastings is.

FOR THE MORE SERIOUS

Then there are the books that specialise on one group.

Most of these specialist books can be obtained like Pendleside Books, 359 Wheatley Lane Road, Fence, Burnley, BB12 9QA or the Natural History Book Society.

HOW TO DRY FUNGI

Drying fungi is very important. If you have a rare find or something you have not managed to identify, you have to dry it so it can be looked at again. The taxonomy of many groups is not fully understood and is constantly being reexamined. Your dried specimens may be able to help such a revision and also you may want to discover what an old find is now called! As drying alters the fungi, good notes are also essential.

In the ABFG journal, Vol III, issue 1 (Feb 1999), Jack Marriott gave a description of how to make a tray that fitted onto a radiator for drying fungi. It involves using a sheet of expanded aluminium sheet which you can buy in car shops for repairing car bodies. You can shape it into two trays with a central groove which fits over the radiator, the two trays sitting on either side of the radiator.

The key to drying fungi is to allow a flow of hot air to flow around the fungi. Circulation is very important. It must not be hot enough to cook them and not slow enough to allow them to rot. Large species e.g. Boletes have to be sliced or the insides will not dry quickly enough.

I converted an old pedal bin into a drier. I drilled a few holes through the bin and threaded some knitting needles through the holes. These supported two layers of chicken wire upon which the fungi could be placed. The heat was supplied by an electric bulb mounted in the insides of an old lamp at the base of the bin and the larger specimens were put on the bottom layer and the smaller ones on the top layer.

An easier method is to buy a continental fruit drier or dehydrator (e.g. made by Sigg-Dorrex or Stockli). This allows a variety of heating levels and a series of trays to be stacked on top of each other. One important point to remember is once the fungi are dried, they have to stay dry or you can get a very unpleasant surprise! Keeping them in sealed containers in a dry room with silica gel in the container is important.

SMELLS : ARE THERE ANY AIDS?

Fungi smells are notoriously difficult. How are you supposed to know what the Goat Moth, Cossus cossus, smells like if it doesn’t occur in your country? What does used elevator oil or Russian leather smell like? Researchers in the University of California have now found that if you inhale through the right nostril, it gives an emotional response, i.e. if it is pleasant or unpleasant. If you inhale through the left nostril, this is the scientific side of the brain and is better used if you are trying to identify the smell!! So….try only using the left nostril and tell us if it works!!

Getting an image of a fungus when it is fresh often helps identify the species, but also provides images for this website! You may not always have your camera at hand, so scanning fungi is very simple alternative. Any scanner can be used. Just place the fungus on the scanner and experiment. Scan at a high dpi (dots per inch), say 300 or higher, which can allow zooming in and looking at particular features in detail. Just remember to clean the scanner once you are finished. Here are a few examples. Remember these are web images and the resolution of the original image is a lot better than this. It can be very interesting to scan very small fungi – even myxomycetes (slime moulds). You can even see things on the scan it is very hard to see with the eye!! 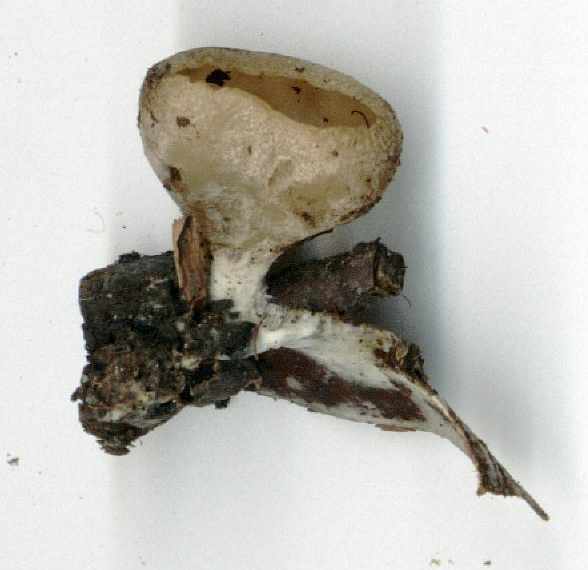 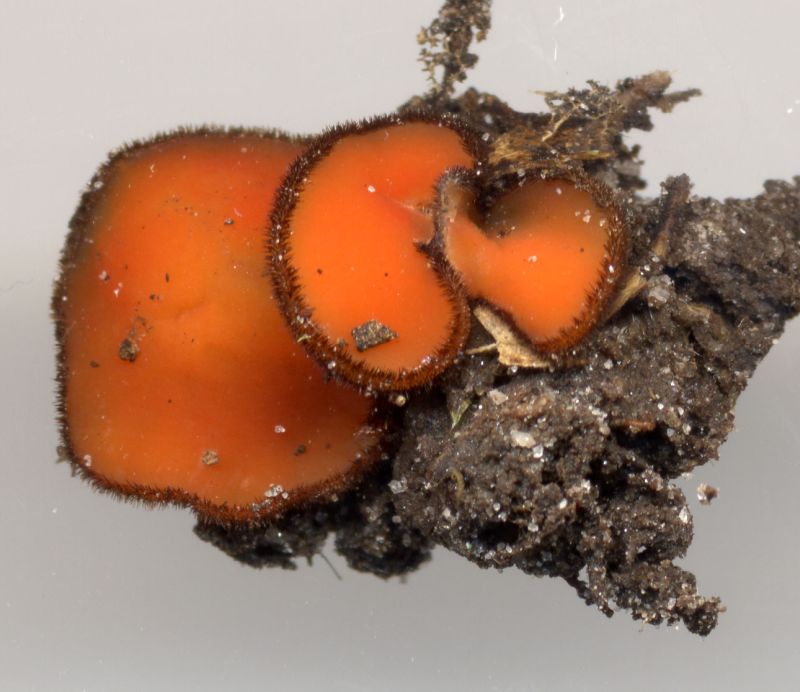 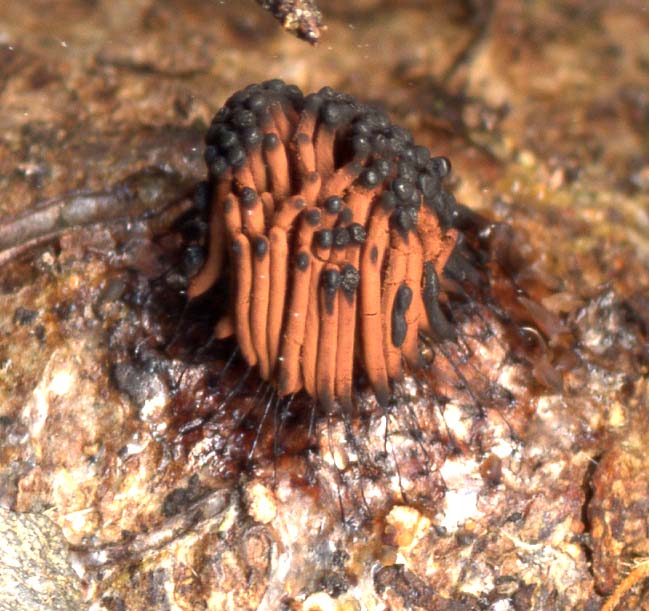